In 1986, I was a freshman at The University of Texas and had just undergone something akin to a religious awakening after hearing a little-known local guitarist named Eric Johnson. I was ravenously learning dumbed-down versions of every song I could off his debut record Tones and going to hear him in concert at every chance.

My friends and I were listening to him at the Austin Opry House late one night when he switched off the distortion pedal and proceeded to play a magnificent country instrumental that left us all practically in tears of astonished joy. I remember him calling it “Tribute to …” to … to someone or other. I couldn’t quite remember the name because he had said it before the song, but I thought the initials were J.R.

It’s a reminder of how long ago this was that I couldn’t just pull it up on my phone with a Google search that guessed the title before I could finish typing it. Nor could I look it up on the internet when I got home because, of course, said internet did not exist. In those days of yore you got tipped off to great new music by phone calls from buddies, from scanning magazine racks (which is how we discovered Eric), from late-night conversations at Whataburger, from concert reviews printed in these things called newspapers. That is to say, if you didn’t hear a title clearly the first time, you weren’t guaranteed immediate or even eventual clarity.

The 1986 magazine cover that started it all.

Moreover, Eric has always had a practice of playing songs in concert years before he records them. (Never one to rush in, he would not commit this particular composition to a recorded medium for two more decades, when at long last he included it on his 2005 record Bloom.)

During the winter break, I returned from Austin to my hometown of McAllen and erelong found myself at La Plaza Mall sifting the wares of the only music store in the greater metropolitan area, Musicland. There, I made my way back to the cassette wall and thenceforth to the country section, a place I had not visited since my “kicker phase” in junior high school. I located the R’s and began digging for the person to whom Eric had made such a magnificent sonic tribute, for surely his recordings would be life changing. Remembering the initials as J.R., I soon was walking excitedly to the cashier with purchase in hand: The Greatest Hits of … Jim Reeves.

I returned home to my parents’ house and with nervous anticipation tore the cellophane off the box and popped the cassette into my tiny silver jam box, pressed play, and waited. A lush string section swooned into motion and a gentle baritone voice began to croon sentimental lyrics from the mid-century. OK, I thought. Artists can be multifaceted. Patience is the better part of valor. I’ll wait for the guitar solo. It never came. The second song began, more mellow and devoid of guitar riffs than the first. At one point there might have even been a warbling organ solo.

I began using the fast-forward button to scan each track, hoping against ever-receding hope that the very next song would be a shredding guitar instrumental. When the final song, titled “Is It Really Over,” really was over, I conceded defeat. I had opened the package and played the tape; there was no returning it to Musicland. I shook my head. With a deep sigh I chunked the tape into a junk drawer and put my Tones cassette back in. To this day I harbor an irrational, undeserved bitterness toward “Gentleman Jim Reeves.” 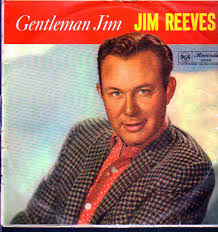 I do not remember just when I learned the true object of Eric’s tribute, but it was several years later, and probably after hearing the song two or three more times in concert, listening ever harder to Eric’s introduction of it. Yes, it was clear now. It was “Tribute to … Jerry Reed.”

I knew a Jerry Reed, of course. We all did. But he wasn’t really a guitar player. He was a supporting actor in low-brow comedies. He was “Snow Man” in Smokey and the Bandit. Oh, I knew he was a recording artist, but he was mainly a singer, right? Or more like a proto-rapper, speaking the words to as many songs as he sang. At any event, he had way more in common with Ray Stevens (“Guitarzan,” “The Streak”) than he did with the cerebral and virtuosic Eric Johnson. Reed was a novelty act. Upon discussion, my buddies and I remained firmly convicted that Eric was referencing some other, lesser-known Jerry Reed, probably some picker from the 1940s long forgotten by the mainstream, not this over-the-top hayseed comedian.

The epiphany came about 1992, when I came across an album by Chet Atkins and Jerry Reed, and there it was, visual confirmation, Jerry Reed, the Snow Man, on the CD cover. These two Jerry Reeds were one and the same person. I’ll be damned. I mildly enjoyed the Chet Atkins collaboration, Sneakin’ Around, but there was not much on this record to commend him as an axe god. It was highly produced easy-listening country, with a lot of “We’re so old now!” banter between the two. I didn’t get it. (It’s more endearing to me now than it was then.)

As the years rolled on, I moved from electric guitar to nearly exclusively playing acoustic, and became enthralled with the solo-acoustic master Tommy Emmanuel. As I read and listened to interviews with Tommy, I learned that his principal influences were Chet Atkins, Merle Travis, and … Jerry Reed. He even named one of his songs “Ol’ Brother Hubbard,” after Jerry’s real surname. It was confirmed. All roads led back to Jerry Reed, the one I had grown up knowing only as a clownish redneck, folding up his straw cowboy hat and yelling “WHEN YOU HOT … YOU HOT!!!”

Jerry as featured in Scooby Doo

Finally, and with the awesome empowerment of YouTube, I turned my attention squarely upon this late man from Atlanta, he who had figured in popular culture one way and in music history another. What was it about his playing that had such a deep effect on virtually all of my musical heroes?

As I started to explore his catalog I discovered that there were not two Jerry Reeds, but three. The first was the one I had always known, the one who paid the bills with the talking blues and basically a country comedy act: “She Got the Gold Mine, I Got the Shaft,” “Tupelo Mississippi Flash,” “Amos Moses,” and “East Bound and Down.”

The second Jerry Reed, ironically enough, was not far removed at all from Gentleman Jim Reeves. This one, more in evidence on his earlier work, was earnest, had barely any accent at all, and layered his songs with the “Music City” sound fashionable in Nashville in the 60s and early 70s — lush string sections, drowning reverb, warbling female back-up singers, and plenty of extraneous instrumental layers (I need more harpsichord!!!), all courtesy of the producer who discovered him, Chet Atkins. This Jerry’s lyrics spoke earnestly of love and of life, as in “Today Is Mine”:

When the sun came up this morning
I took the time to watch it rise
And when its beauty struck the darkness from the sky
I thought how small and unimportant all my troubles seem to be
And how lucky, another day belongs to me …

Then, there was the third Jerry Reed, the one I had been searching for, off and on, for three decades, and had finally found, present but widely dispersed among the Scooby Doo cameos and Smokey and the Bandit clips. This Jerry was nothing less than a musical savant, and now I heard the source of all the musical references accruing down the years. Now I could hear the influential runs and chord structures curated in Eric’s “Tribute” and in Tommy’s covers. This Jerry Reed had dexterity, yes, but his real gift was a seemingly effortless mastery of and blending of country and funk. To achieve this, he shifted with endless creativity between pentatonic and mixolydian modes. He would relentlessly work and rework double-stop runs, deftly forging the sickest, funkiest breaks in the history of the genre, endlessly massaging the flat-5, flat-7, and minor-to-major 3rd blues notes, ingenious counterpoints that featured simultaneously ascending and descending lines, chromatically and rhythmically building up monuments to funkiness and then harmonically breaking them down piece by piece just as deliciously. The best, most representative works of this Jerry are “Honkin’,” “Jiffy Jam,” “Pickie, Pickie, Pickie,” “Swingin’ ’69,” “Alabama Jubilee,” “The Claw,” and not one but two completely different songs both titled “Struttin’.”

True geniuses usually are not fully aware of their gift, and there’s a telling vignette I love related by Craig Dobbins, author The Guitar Style of Jerry Reed song book: “At the 1990 convention of the Chet Atkins Appreciation Society in Nashville, I stood in a small group next to Jerry as we listened intently to French guitarist Jean-Felix Lalanne play an impromptu note-for-note rendition of ‘Funky Junk.’ As we applauded Jean-Felix, Jerry scratched his head in disbelief and said, ‘Son! Did I write that?!’ ”

The truth is, as I’ve grown to love one Jerry, I’ve grown to love all three. He found space in his career and life to express all three sides of himself, and in so doing he’s taught me once again, if from the grave, never to  judge a book by its cover. The mind of a Vivaldi can indeed glow from within a Ray Stevens. The court composer and the court jester can share the very same skin.

Sir, for all of that, I salute you with the exclamation you loved best: Son!